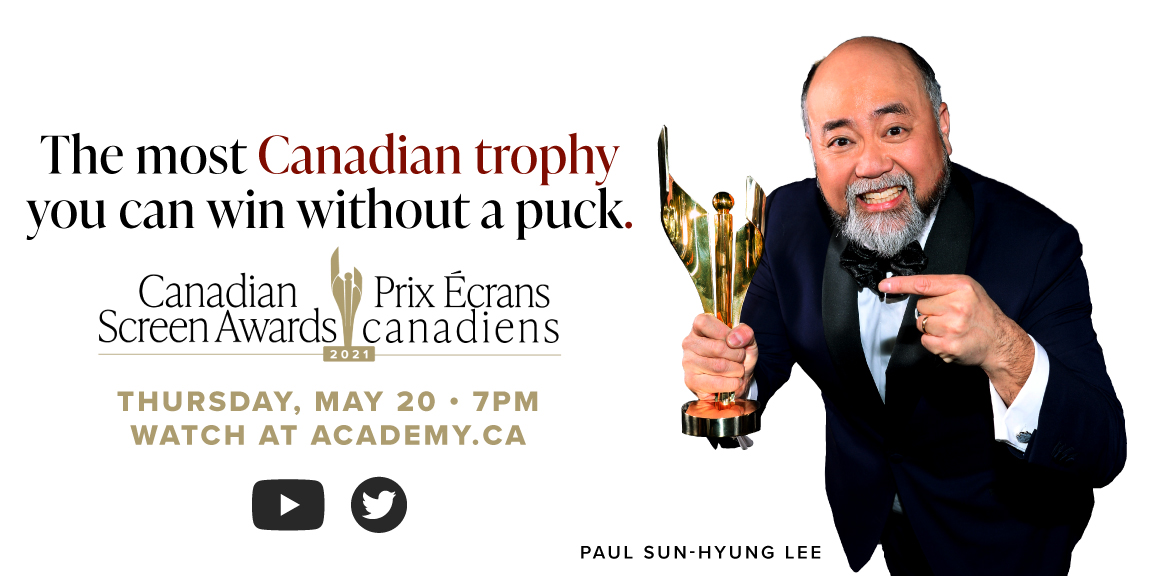 The Academy wanted a catchy headline to promote 2021’s online-only edition of the CSAs. This would be primarily for their digital OOH campaign in five cities, and be adapted for social posts.

Talking with the client, I gleaned what a great year it was for Canadian film and tv. I wanted to take a patriotic angle, but avoid the please-do-your-duty-and-watch vibe that often plagues Canadian programming. This was a time to have confidence.

Knowing the first round of the NHL playoffs would compete with the show – and that teams in key markets would likely be playing – I addressed it head-on with this headline. For Quebec audiences, we translated it to “The best trophy…” to avoid negative associations among separatists.

The client was limited to using only Academy-owned photography, and had a strong desire to localize the ads. We did five versions, each featuring a nominee from the city it ran in.

Partnering with Telefilm, The Academy’s digital OOH buy was partially earmarked for their Where to Watch initiative. Where to Watch is a curated microsite that helps users find Canadian content on streaming services.

Promoting a url in digital OOH required something attention-grabbing. Much to my pleasure, both the Academy and Telefilm loved this nod to Schitt’s Creek’s final season.