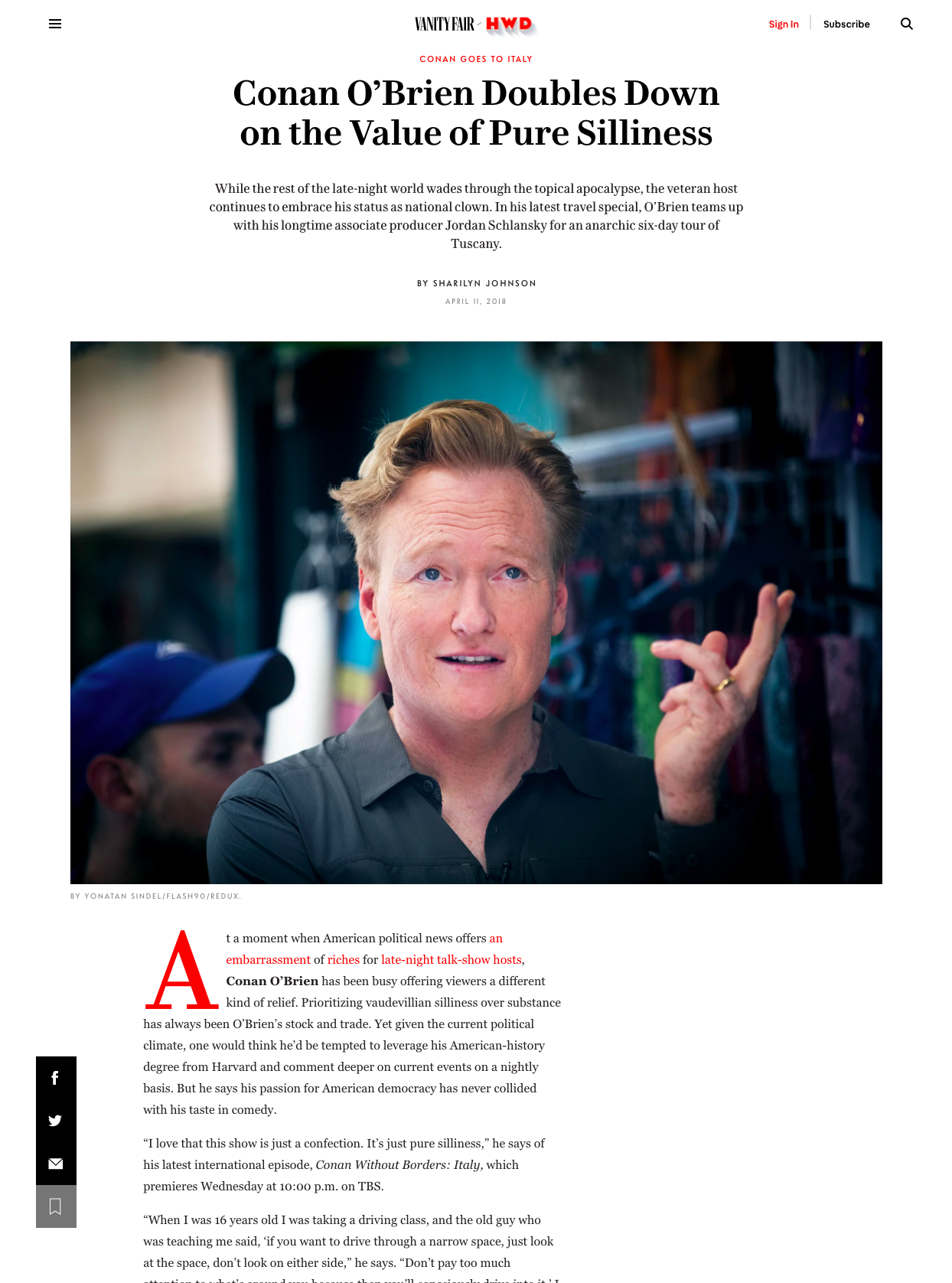 Conan was a dream interview, not just because I’d been a lifelong fan, but because he was everything you want in a subject: engaged, thoughtful, and kind. He’s done a thousand of these, yet he approached our chat as if it was a brand new experience.

We hit a groove, going almost double the amount of time promised me before his publicist started yelling at him.

In retrospect, he must have thought I was psychic. He was still months away from announcing his TBS show’s drastic format change, but I suspected it was a topic worth bringing up.

And I have a somewhat unusual fascination with what the word “clown” means in modern comedy, and strongly felt that it applied to Conan’s style. I took a chance and asked if he agreed with the label.