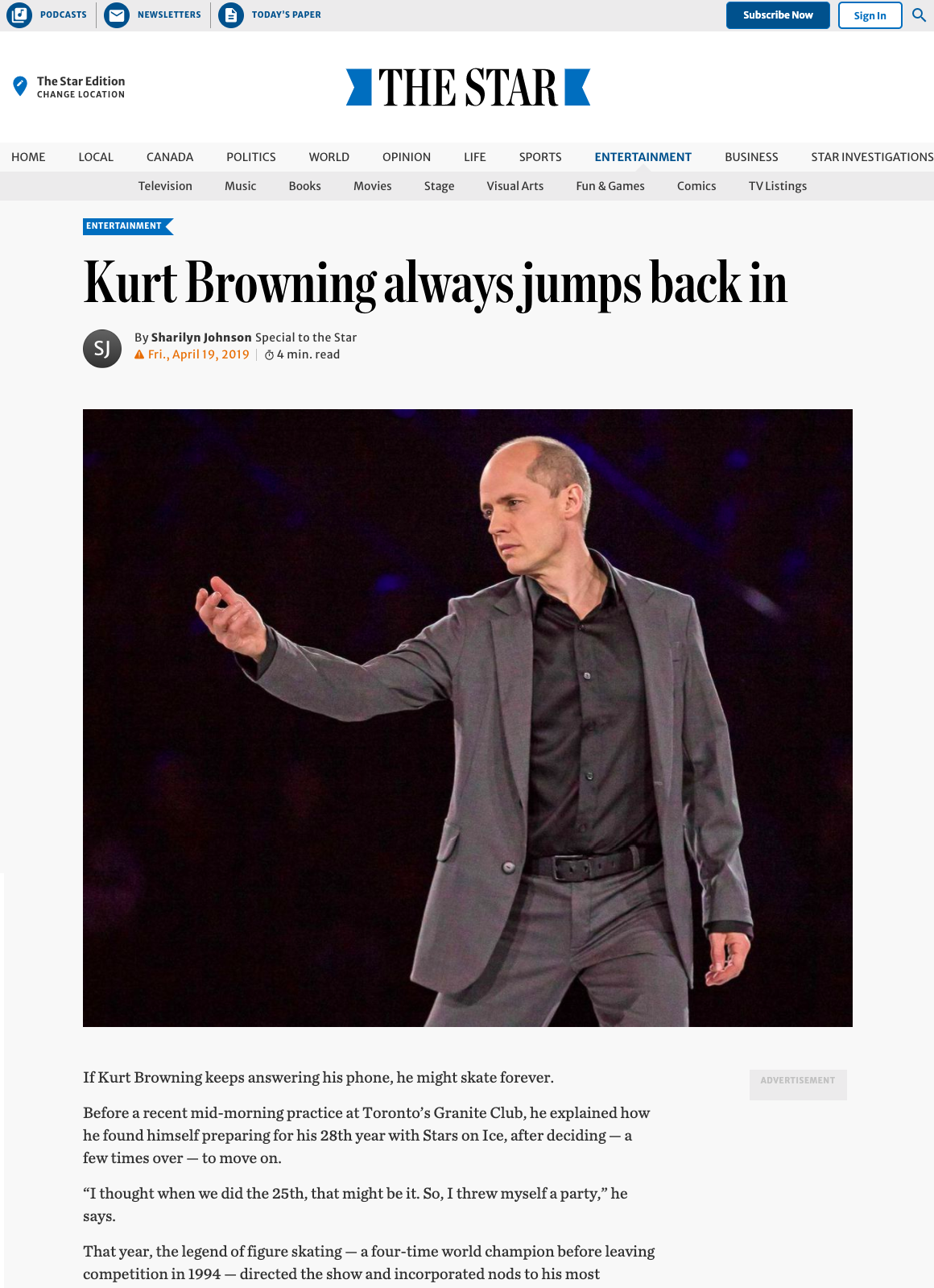 Kurt Browning for The Toronto Star

Stars on Ice preview articles are mostly the same. There's some hype around a new cast member, or excitement when it's on the heels of an Olympic year. From year to year, city to city, you'd have a hard time telling these articles apart.

But most journalists don't know about the years-long, will-he-or-won't‑he discussion among skating fans regarding Kurt Browning's participation. He'd already long outlasted the tenure of any other past cast member, and celebrated anniversaries that seemed like they could be goodbyes. Yet no journalist knew to ask what fans wanted to know.

Armed with my insights and an hour of his time, I was able to deliver on my promise to the Toronto Star that I could get some serious eyeballs on a Stars on Ice piece, to the tune of 800+ Facebook shares.