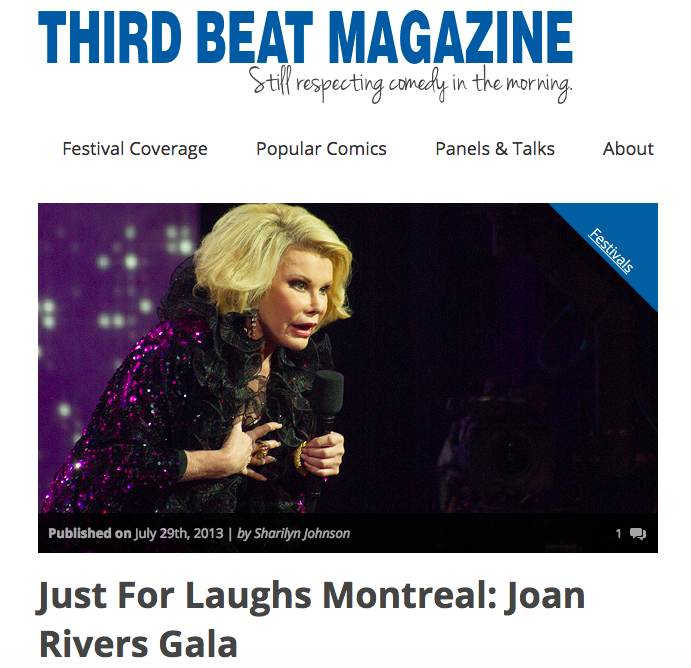 I'd already been covering comedy for years when I launched Third Beat Magazine in 2008, so I was well-positioned to serve up comedy industry interviews, editorials, reviews, and photo essays of shows in Toronto and beyond.

My original reporting was unique in that my in-depth articles were supplemented with my own photography. Any given year at Just For Laughs in Montreal, you could find me in a Hyatt room at 3 a.m. begging Lightroom not to crash before I could export that night's content.

My articles were picked up by the likes of Entertainment Weekly and Hollywood Reporter, with multiple stories earning 100,000+ views.

Even though I retired the site in 2014 to focus on writing my book, to this day, some of those articles wipe out my bandwidth when Reddit finds 'em.